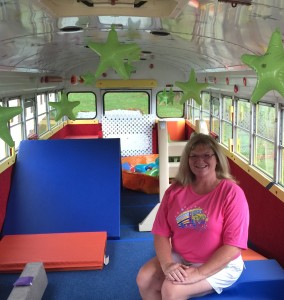 I began taking tumbling when I was 10 years old at Emily’s and Mary Lee’s School of Dance in Inman.  After one year there I joined the YMCA summer gymnastics camp.  After which I tried out for the Greenville World of Gymnastics team; made the team and competed, beginning with level 4 and continued through level 7 for about the next 3 years. At the age of 14, I decided that I would like to try out for cheerleader at school, at the same time my mom opened a dance and tumbling school in Boiling Springs and I competed locally on both dance and gymnastics teams. I held many national, state, and local titles.  At 16 I was teaching my own classes at various studios and gyms in the Upstate.  I also coached USC-S cheerleaders for 5 years and SMC cheerleaders/dance team for 5 years.  Later, I decided to venture out on my own and opened All Sports Gymnastics, which I owned and operated for 5 years. About this time, I also began judging competitive Cheerleading competitions for American Championships and 13 years later, I very much enjoy still doing these when time permits.  Mostly though, I thank God everyday for the journey I have been on and all of the obstacles that I have gone through to get here…Tumblebus Spartanburg.